The Problem of Memory: How Historical Remembrance Shapes the Future of Conflict in East Asia 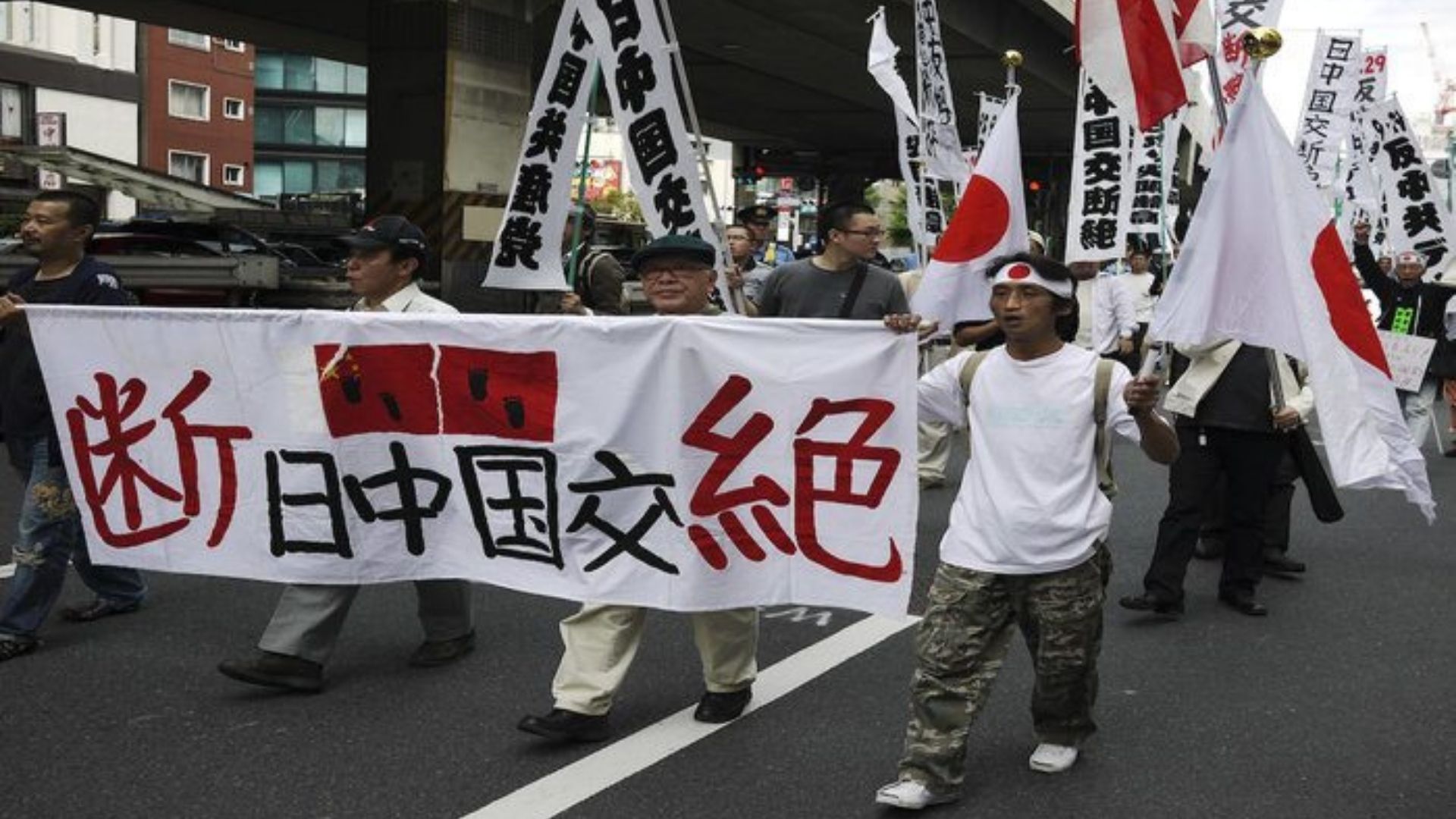 The Asia-Pacific region has emerged in the last century as the world’s foremost center of economic activity and is projected to continue to dominate the next hundred years with its rise as a new political behemoth. Its economic and political relevance is largely due to the combined might of its leading powers, Japan and China, and their strategic roles in global supply chains and technological production.

However, these nations have a contentious past that has determined tense bilateral relations, despite their increased economic interaction. As a result, the entire East Asian region finds itself immersed in almost routine periods of increased security tensions. The delicate nature of Japan and China’s interactions stands to upset the global security balance and has the potential to escalate into more direct confrontation if not properly addressed.

The pattern of Sino-Japanese interactions has come to set the structure and pace of Asia-Pacific regional cooperation. The strained relationship between both nations has been the subject of much reflection by economists and diplomats in recent years. This is due to the paradox represented in the antagonism that has come to define the interaction of China and Japan, despite their increasing economic interdependence. This antagonism has manifested in increases in nationalist ideals within both nations, and the escalation of political disagreements into periodic, but short term, crisis situations.

Sino-Japanese relations can be said to have five major straining points: territorial disputes and resource-driven competition, nationalism and issues of mutual antipathy, Taiwan’s political status, the rapid rise of China’s military power, and the US-Japan security alliance. These sources of tension remain a reflection of clashing nationalism and mutual threat perception, subjacent to territorial disputes and regional influence competition. It is curious to note, however, that all of these friction points are tinted by narratives of memory and unresolved historical tensions.

Historical memory and its effect on state diplomacy

The politics of memory determine what is remembered and what is forgotten. In this line, interpretations of history shape the ideas and perspectives of states, help define their motivations and vision for their future, and condition their perception of other political actors. In this manner, they permeate current international relations and remain a fundamental consideration if one seeks to understand current state behavior. Across East Asia, the issue of historical memory has become a prime political concern.

As stated by Joshua William Walker: “Empires may be dead, however, memories of empires are alive and well.” This is undoubtedly so in the Sino-Japanese political landscape. Sino-Japanese relations have a longstanding and complex past, defined in great measure by political competition and war; which has in turn derived in mutually vilifying perceptions within both nations. These perceptions have been utilized and manifested in domestic politics in distinct ways.

Japan has come to represent a paradox in Chinese consciousness; holding a similar cultural and linguistic background, yet being differentiated historically almost like a Western power due to its economic ascent, political system, and most importantly, its military behavior during WW2. There may not be better examples of the breaking points in remembrance between both nations than the Nanking Massacre and the Comfort Women System. These events remain a cornerstone of memory politics in East Asia, and stand at the intersection of the main drivers of current instability and tensions in the region: identity, nationalism, and memory.

The echoes of wartime sexual violence: The Rape of Nanking and the Comfort Women System

The Rape of Nanking is a traumatic event in Chinese history. It occurred between December 1937 and January 1938 and refers to the march of the Japanese Imperial Army upon the Chinese capital, where thousands of Chinese civilians were slaughtered and women of all ages were raped. Following the atrocities that took place during this siege, the Japanese government was forced to respond to the international outcry by Western nations. The Japanese high command, rather than choosing to hold the soldiers responsible for their actions, and punish them accordingly, opted for the creation of a system of military prostitution – what would later come to be known as the Comfort Women System (Chang, 1997). This system of sexual slavery would victimize hundreds of thousands of East Asian women, from Korea to Indonesia. Thus, by luring, purchasing, or kidnapping women and turning them into sex slaves, Japanese military officials aimed to reduce the perceived widespread rape, thereby reducing international criticism, while containing the spread of sexually transmitted diseases.

The memory of Nanking and the Comfort Women System are as political, as they are historical, and the remembrance of the event will never truly be only a domestic matter for either Japan or China. However, the importance of these events is not solely a reflection of the natural historical development that a traumatic situation such as this would hold on collective memory. This history has been altered to compliment the needs of evolving social identities and changing sociopolitical contexts in China, in ways that have now come to condition the character of East Asian geopolitics.

History, contrary to common assumptions, is often a complex reality with varying and even opposing perspectives. Recognizing the fact that history does not exist within a vacuum, and is inevitably molded and interpreted by governments with particular goals and political agendas, as well as citizens seeking to define themselves within their own society and a wider international spectrum, is fundamental to properly analyze historical events and their effects within a broader context.

The Chinese Communist Party (CCP), as the nation’s leading political force, has sought to employ nationalism to forge a historically based sense of national unity and identity, without having to resort to socialism. In order to achieve this, they have resorted to what is defined as a “humiliation narrative,” seeking to utilize the sense of victimhood derived from the brutalities inflicted upon the Chinese people during the 21st century to project opposition outwards. This use of collective memory serves to reinforce the idea of the political party as a protector of national stability and prosperity, reconstructing painful events of the nation’s past to further a current political project. For China, events like the Rape of Nanking continue to represent a cornerstone of the century of humiliation narrative and drive social cohesion and identity with independence to domestic politics – directly in conjunction and opposition to Japan.

On the other hand, Japan has struggled to interpret its identity in the shadow of World War II. In the period between 1895 and 1945, Japan managed to become one of the largest empires in modern world history. During this period, the Imperial Army raided East Asia, committing numerous war crimes. However, Japan also suffered great civilian losses as a result of the United States atomic bomb attacks. This has defined Japan in a dual historical dilemma as both an aggressor and a victim. Historians have largely agreed on the character of postwar Japan as a nation focused on the erasure of its imperial past. Nevertheless, this erasure has often passed by denial or lack of recognition of the crimes it committed. As a result, Japan faces the internal divide the memory of its wartime abuses creates, both in internal politics and in national identity; as the country struggles to reconcile the historical dilemma left in the wake of World War II.

This legacy remains an underlying reality in all aspects of Sino-Japanese relations, not only as a foundation of Chinese national narrative and Japanese politics; but as an event that has transcended simple state interaction to become a social identity phenomenon that will continue to influence the peace and stability of the entire East Asian region.

The future of Sino-Japanese relations

While the current situation of East Asia is at a point of rebalancing, and thus very politically delicate, it remains imperative to understand the way in which Sino-Japanese relations echo within a wider spectrum of unresolved historical tensions and power realignment in the region. As geopolitical conditions in East Asia fluctuate further, the contest between China and Japan for regional leadership continues to strain along lines of rising Chinese power and Japanese remilitarization.

The future development of bilateral relations between China and Japan will depend on the correct assessment and acknowledgment of historical memory differences between both countries. To this end, China and Japan must seek to construct a more cohesive understanding of their common history as a foundation for future foreign relations, and as a necessary condition to ease the strain between both nations in a transition period within world politics. China and Japan must now face their history in tandem and choose to either be defined by it in violence, or be driven by it towards peace.

Schwartz, B. (2012). Rethinking conflict and collective memory: The case of Nanking. In The Oxford Handbook of Cultural Sociology.

About the Author: Esther Brito Ruiz is a Research Associate with IACS. She is a Master’s Graduate in Women, Peace, and Security at the London School of Economics; specializing in genocide and women’s rights. 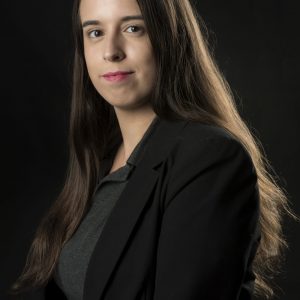 Esther Brito Ruiz is a Research Associate with IACS. She is a Master’s Graduate in Women, Peace, and Security at the London School of Economics; specializing in genocide and women’s rights. Currently, she is writing a book on urban governance at the IESE Business School. She was previously a Global Shaper within The World Economic Forum, where she co-founded the Empowering Diversity in Tech and Entrepreneurship (EDiTS) initiative, seeking to increase diversity in the entrepreneurial ecosystem. Esther has lived and studied in 6 countries across 4 continents and is passionate about generating positive social impact.